Fisetin is a flavonol, a structurally distinct chemical substance that belongs to the flavonoid group of polyphenols. Possible anti-aging, anti-inflammatory, anti-cancer, and anti-viral properties of fisetin are under active scientific investigation. Fisetin is a potent sirtuin-activating compound (STAC), an agent that modulates sirtuins. Therefore, it is a caloric restriction mimetic candidate, a drug that has been shown to be able to alleviate aging effects in certain model organisms (including fruit flies, mice and C. elegans worms).
The body accumulates senescent cells as we age, damaged cells that send out signal molecules that in turn modify our biochemistry in a toxic, pro-inflammatory direction.  Though the number of such cells is small, the damage they do is great.
In recent research, it has been discovered that fisetin is able to remove senescent cells from aged mice, which improved their health and lifespan. In fact it has currently been found to be the strongest potential senolitic agent (anti-senescent cell) discovered.
Unfortunately in order to gain a therapeutic dosage from naturally occurring fisetin matching those of some of the studies, up to 50lbs of strawberries must be consumed daily to match Fisetin supplementation.

This flavonoid is a natural compound present in many fruits and vegetables such as apples, persimmon, grapes, onions, cucumbers, and strawberries. Importantly, no adverse effects of fisetin have been reported, even when given at high doses. Thus, the results suggest that supplementation or even intermittent treatment with this safe, natural product could improve healthy aging, even in elderly individuals.

Fisetin a powerful senolytic that extends health and lifespan

This new study found that Fisetin is more effective than any currently know senolytic compound, destroying 25-50% of senescent cells. The dose used equates to 500 mg per day for five days for a 60kg human.

This current research with Fisetin was exciting because it is:

Fisetin has been widely used for it’s cancer fighting and numerous other health benefits (below), normally at 100-200mg per day.

This new research has spurred much self experimentation among the “bio-hackers”  at Longecity.org, so you might want to read there if you are interested in trying this yourself. Fisetin May be a Low-Hanging Fruit for Aging

University of Minnesota Medical School faculty member Paul D. Robbins and Laura J. Niedernhofer and Mayo Clinic investigators James L. Kirkland and Tamara Tchkonia recently published “Fisetin is a senotherapeutic that extends health and lifespan” in the journal EBioMedicine [3]. During their study, they discovered that fisetin was able to remove senescent cells from aged mice, which improved their health and lifespan.

This flavonoid is a natural compound present in many fruits and vegetables such as apples, persimmon, grapes, onions, cucumbers, and strawberries, suggesting that it is imminently translatable. Importantly, no adverse effects of fisetin have been reported, even when given at high doses. Thus, our results suggest that supplementation or even intermittent treatment with this safe, natural product could improve healthy aging, even in elderly individuals.

Given that we have known about fisetin for some time and there have been various studies showing that it has anti-inflammatory and neuroprotective properties in animals, you might be wondering why are we only just now hearing so many things about it.

The researchers also compared fisetin against other compounds, including resveratrol, luteolin, rutin, epigallocatechin gallate, curcumin, pirfenidone, myricetin, apigenin, and catechin. This study showed that fisetin was the most effective of these compounds.

Fisetin is a flavonol, a yellow plant pigment that belongs to the flavonoid group of polyphenols. It gives color to many different fruits and vegetables [1, 2].

Compared to now-famous plant antioxidants like resveratrol and quercetin, fisetin was unfairly ignored for far too long. It wasn’t until recent years that researchers became increasingly interested in its medicinal potential.

Despite promising animal and cell-based findings, research is still in its early stages.

It is becoming increasingly clear that neurological diseases are multi-factorial involving disruptions in multiple cellular systems. Thus, while each disease has its own initiating mechanisms and pathologies, certain common pathways appear to be involved in most, if not all, neurological diseases described to date.

Over the last few years, we have identified an orally active, novel neuroprotective and cognition-enhancing molecule, the flavonoid fisetin. Fisetin not only has direct antioxidant activity but it can also increase the intracellular levels of glutathione, the major intracellular antioxidant. Fisetin can also activate key neurotrophic factor signaling pathways. In addition, it has anti-inflammatory activity against microglial cells and inhibits the activity of lipoxygenases, thereby reducing the production of pro-inflammatory eicosanoids and their by-products. This wide range of actions suggests that fisetin has the ability to reduce the impact of age-related neurological diseases on brain function.

Animal Data Shows Fisetin to be a Surprisingly Effective Senolytic

As people age, they accumulate damaged cells. When the cells get to a certain level of damage they go through an aging process of their own, called cellular senescence. The cells also release inflammatory factors that tell the immune system to clear those damaged cells. A younger person’s immune system is healthy and is able to clear the damaged cells. But as people age, they aren’t cleared as effectively. Thus they begin to accumulate, cause low-level inflammation and release enzymes that can degrade the tissue.

Researchers found a natural product, called fisetin, reduces the level of these damaged cells in the body. They found this by treating mice towards the end of life with this compound and see improvement in health and lifespan. “These results suggest that we can extend the period of health, termed healthspan, even towards the end of life. 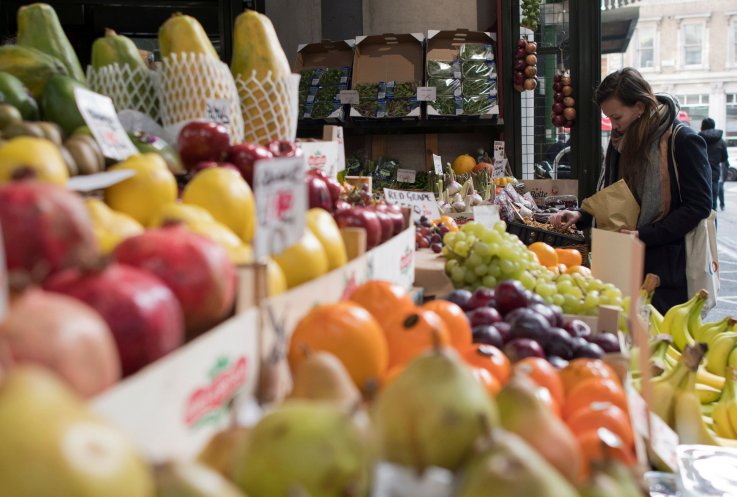 WHAT IS FISETIN? PRODUCT FOUND IN FRUITS AND VEGETABLES MAY SLOW AGING, RESEARCHERS SHOW

A byproduct that occurs naturally in fruits and vegetables might help people live healthier and longer.

Researchers at The Scripps Research Institute and the Mayo Clinic studied if fisetin, which is a coloring agent, might extend lives. Published in EBioMedicine on September 29, the study showed that it might extend lives by roughly 10 percent.

“We’re looking for drugs that can kill these damaged senescent cells that are very toxic to our bodies and accumulate as we get older,” Laura Niedernhofer, director of the Institute on the Biology of Aging and Metabolism at the University of Minnesota and senior author on the paper, told Newsweek. “It turns out that fisetin is a natural product that actually we were able to show very selectively and effectively kills these senescent cells, or at least dials back their bad secretions or inflammatory proteins.”

Cells go through cellular senescence when they reach a certain level of damage as a person ages. When a person is young, their immune system is able to clear those senescent cells, but the older a person is, the harder it is for their body to clear those cells effectively. As the cells accumulate, they can cause inflammation and release enzymes that can degrade tissue. Fisetin is a senolytic, which is a type of drug that could eliminate the senescent cells. To test if fisetin would get rid of those damaged cells, the researchers gave fisetin to aging mice. 4.6
Rated 4.60 out of 5
Based on 5 reviews
Powered by Customer Reviews plugin
Showing 3 of 5 reviews (5 star). See all 5 reviews
Add a review Cancel reply